A History of Katoke Trust

The Katoke Trust is a grassroots non-government organisation, administered and run entirely by volunteers. It was started in the Sutherland Shire of Sydney, where most of our original members lived. The Katoke Lweru Secondary School is meeting the great need for secondary education in Tanzania, where only three out of five Tanzanian adolescents are enrolled in lower-secondary education, and fewer complete secondary education.

1970s
Government takes over all schools and educational institutions, including the Katoke Teachers College

1998
Alan Watson returns to Katoke. He saw that poverty was rife and education standards had fallen. Fewer than 50% of children ever started Primary school and only 4% went on to Secondary school.

The Trust partners with the Anglican Church, which owns the site where the Katoke secondary school will be located

2003
With funding from UNSW and the Archbishop of Sydney’s Overseas Relief and Aid Fund (ORAF), Alan Watson and Neville Hatton start the Katoke Primary School Improvement Program, working with the nearest 21 local primary schools. The Trust sponsors a pilot study into malaria prevention, in a nearby village of 2,000 people

2005
The Trust receives funding from the ORAF and AusAid to undertake a malaria prevention program covering some 10,000 villagers

2007
The Trust starts fundraising to build a local Secondary school

2009
After three years of planning and one year of building (including 4 classrooms), the Katoke Secondary School is opened in April. Sid Moir is appointed as Headmaster, supported by Marilyn. 160 Form 1 students are enrolled at the school.

2010
Student numbers increase to 270. School buildings – a girls’ dormitory and a further 3 classrooms are built. Sid and Marilyn’s daughter, Anna Moir, arrives in Katoke to support her parents and the School especially with the sponsorship program. 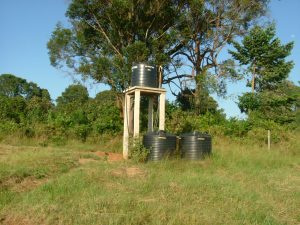 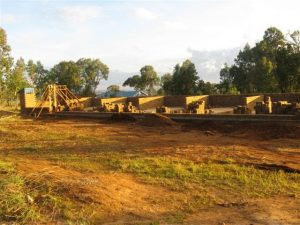 2012
The first Form 4 students graduate, performing in the top 13% of the nation. The first of 20 teachers for tertiary students, sponsored as part of the Trust’s School Improvement Program, graduates with a B.Ed, and is qualified to teach Swahili and Geography at the Katoke Lweru School. Vocational Assistance Scheme commences with more than 30 Form 4 students supported in advanced study and trade courses.
Alan Watson receives an Order of Australia for service to the international community and to education

2013
Stage 1 and 2 of the Katoke Lweru Secondary School are completed, including 12 classrooms, science and computer laboratories, student and staff accommodation. Form 4 students are placed 3rd out of 45 schools in the district

2014
The first Form 5 students are enrolled at the school

2015
The school expands to include more than 40 Form 6 students. Rowena Bragg is appointed as Headmaster supported by husband Peter

2016
The school has more than 460 students. Another boys dormitory is completed. The first Form 6 students graduate, and 5 students begin University studies. A mentoring and pastoral care initiative is launched, including a ‘gap year’ mentoring program run by former sponsored graduates. Building of improved kitchen and staff flats are continued, water systems are automated and maintenance is done on existing dormitories 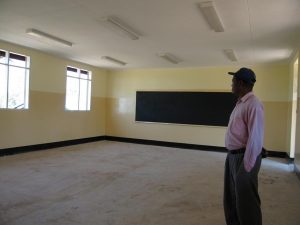