Our activities are centred around three themes: CARE, EDUCATE, GROW, and are aimed at self-help educational, medical and economic improvement in the Katoke area.

Anti-Malaria Program
Malaria prevention forms a vital part of the Katoke Trust’s multi-pronged attack on poverty. In 2002, the Katoke Trust initiated a malaria-prevention program, which has seen malaria reduced in local villages from over 60% of people infected per annum to about 10%. Under the outstanding leadership of local Rudovik Rwekila the program involves a lively educational performance and the sale of bed nets (subsidised by the Trust). The program has been taken to a total of 14 villages and sub villages, and needs continual maintenance or the incidence of malaria could rise again.

Under the leadership of the school Chaplin Reverend Enock Reweyemamu, this project has been operating since 2002 as a yearly education program. The course, presented by the Tanzanian Development and AIDS Prevention unit (TADEPA), is designed to equip teachers will the skills and confidence to teach young people to protect themselves and others from HIV infection, and give teachers the skills to train peer educators.

In March 2017, Shire‐based trio Stephen Diakatos (Dentist), Colin Glendinning (Doctor) and David Lefcovitch (Photographer) visited Katoke. Stephen, assisted by David checked the teeth of all students in Form 1 and Form 2 as well as some teachers and workers. Colin worked with school nurse Emilita to improve her skills, and liaised with leaders of other Trust activities, including malaria prevention, AIDS and agricultural projects.

The Katoke-Lweru Secondary School (KLSS) opened in April 2009 and currently has some 500 students enrolled from Forms 1-6.  The inaugural senior level started in July 2014 with a total of 50 students in Form 5. The first senior students graduated in June 2016.

KLSS is evolving a culture that embraces a high-quality teaching and learning environment nurturing excellence, leadership, teamwork and compassion. KLSS has already developed an enviable reputation for excellent academic results across the full range of student abilities. Our graduating students aspire to additional post-school skills and vocations that will advance the nation of Tanzania. 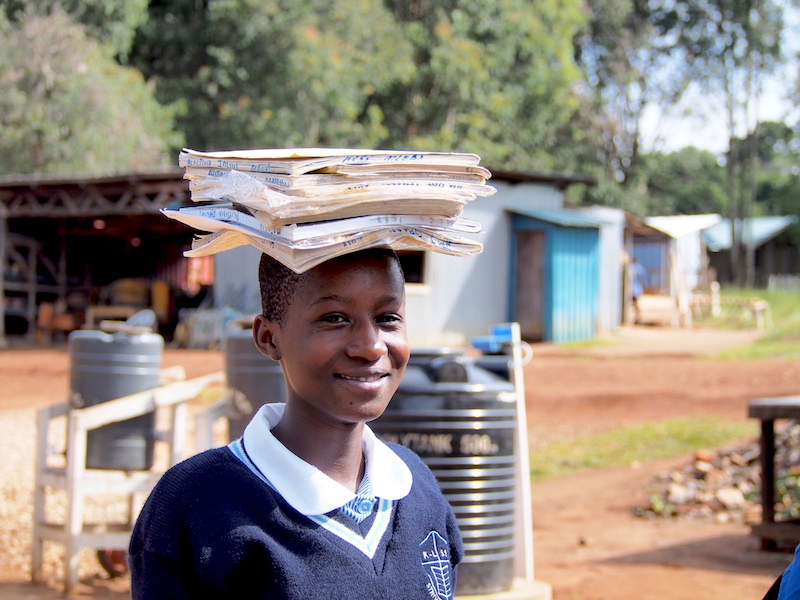 The prioritisation of building projects is a result of the increased student numbers, with 485 students enrolled in Forms 1 to 6 (Years 7 to 12) and 23 teachers, who require accommodation and learning spaces.

We are most grateful for architect Geoff Deane’s generous and skillful contribution to develop a Master Plan along with valuable expertise of our building committee in Sydney, the local school principal and other stakeholders. Geoff visited the School in 2015 to develop the plan. The plan has now been approved by the Katoke Trust executive management team and will be implemented from 2016.

Further Classrooms:
Classrooms will be designed for the digital age. Both solar power and sustainable development design features will guide the design principles for the new buildings and the site layout

Dining Hall:
Adjacent to the proposed Kitchen and Student Services building, the new dining hall will overlooking a large playground area. It is envisaged that this area will be the focal point of the School, where students will gather.

Other infrastructure:
Work is to begin on additional infrastructure for the school, including new water storage system, additional emergency power generation and increased security measures

With coffee, the traditional crop for this region, bringing very poor returns, the Katoke Trust introduced vanilla to the impoverished farmers in this rural area as an additional crop. The idea was proposed by Francis Vella of Gymea. Although farmer uptake was slow at first, a rise in the global price has been an effective incentive to increase the number of farmers growing vanilla and bring better returns for needy families.

Beginning in 2002 this project introduced vanilla growing to farmers with 22 demonstration plots at strategic locations along the lake side and field days for instruction. With hand pollination necessary and good care needed, vanilla is said to be the most labour intensive crop in the world.  At first the price to the grower was $10 a kilo and there was interest in the crop with a good numbers of farmers planting. The international price dropped to as low as $3 a kilo and farmers were discouraged. In 2015 however, prices rose again to $10, and then to $20 in 2016 and to $40 a kilo in 2017!  Those who persisted are now getting great reward and many are coming to our field days.

A suitable site has been secured in 2016 adjacent to the secondary school to be developed for the agricultural education and demonstration.  This will be a resource to the school and the community.   Since 75% of Tanzanians depend on farming for their livelihood this is an valuable project.  Tanzanian development depends importantly on improved agriculture.   While it must begin in a small way, personnel and funding are now being sought to take this project forward.

Palm oil crops
The Katoke Trust collaborated with the Jane Goodall Institute on Lake Tanganyika to introduce an improved variety of palm oil in the area. The project has now been handed over to local ownership and management.

Pineapple growing and selling was provided help for widows to grow pineapples, but has ceased to operate.

Handcrafts Training Production Centre
In 2005, a Handcrafts Training and Production centre was established with a workshop, display room and office built in the Katoke village. The centre was under the leadership of Celestine Rwenyagila, who trained youth in handcrafts. With more youth now able to go to secondary school and not so many interested in handcrafts, the centre is no longer active.